"Fool In The Ring" - Cover Reveal

Following on from the release of the Paperback version of "The Unwilling Recruit" last month worked has continued on the sequel.

John Hunts' journey into the unknown continues in the second book in the series "Fool In The Ring".

For those that have read Book 1 the release of "Fool In The Ring" has been eagerly anticipated.  Now I am at last in a position to whet peoples appetite with a sneak peak at the cover of Book 2. 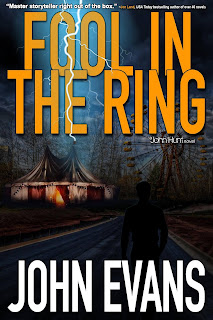 The book itself will be released in Hardback format on 24th July.  Between now and then watch this space for further posts and more information about the story.

For those of you who haven't yet read Book 1, now is the time to start!!

Well, it's been a while since I posted anything on here.  As usual we have all been busy behind the scenes and managing the day challenges that life always seems to bring with it.

Over recent months I have been exploring a number of new and very different creative avenues which, over the fullness of time, I will be detailing here. 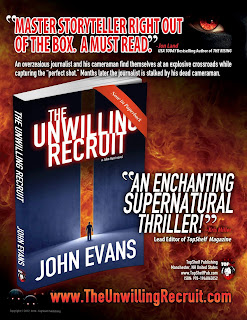 In the meantime, however, I have new information to bring you all regarding my novel "The Unwilling Recruit" . It is finally time to offer the story in paperback format to an unsuspecting world.

The paperback version will be released on May 8th, however it is available NOW for PRE-ORDER.
Better than that though, it is also currently available with a 33% DISCOUNT from Barnes & Noble, so follow the links below and grab your copy now!! 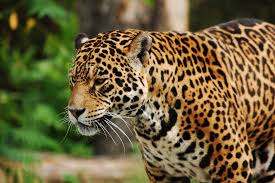 1. adjective
Feral animals are wild animals that are not owned or controlled by anyone, especially ones that belong to species which are normally owned and kept by people.

2.adjective
If you describe something or someone as Feral, you mean that they seem wild, fierce, and uncontrolled.

Interestingly enough, a basic google search brings up no common definitions for the term "Feral Families", perhaps because such a thing has never existed or been reported to exist, until now, apparently.

On 26th October 2017 a UK based television company, Channel 4, aired a programme titled "Feral Families".  Did this programme detail the lives of some hitherto unheard of family that had spent their lives divorced from society in some way?  No, it did not.  What it did highlight were the experiences of three UK based families who were, in the words of the show :

"..raising their children under the off-grid parenting philosophy."

This description was, for me, the first warning signal that this "documentary" was not going to present an opinion I would easily agree with.

"The vast majority of British kids go to school, but, in the last two years there has been a 65% increase in parents de-registering their children from the system.

It appears that more families are rejecting the traditional ways of bringing up kids and embracing rule-free households."

These two statements were delivered early in the documentary and served to set the tone for the entire piece.

While the first statement is a pure regurgitation of fact , the accompanying conclusion is so wildly erroneous and speculative as to be completely offensive.

One of the implications of this "conclusion" is that all families that de-register their children from the state provided school system are "rejecting traditional ways of bringing up kids".  I cannot agree with this conclusion.  Nothing contained in the documentary supported this position in any way.

In fact, upon closer examination of the information contained within the documentary another, far more plausible conclusion presents itself.

Of the three families presented, one had never sent it's seven children to school, while both of the other two families had previously sent at least one of their children to school and both cited their reason for withdrawing their child as being the negative impact the school environment had had upon their child.  They went on to describe the marked and positive difference in their child's emotional well-being they experienced once they had removed said child from school.

The documentary chose to gloss over this information, obviously because it didn't really fit into the message they were trying to send.  It seems clear to me however that, with the ever increasing deterioration of the state sponsored education system through lack of funding and poor Governmental leadership  we are now seeing a growth in the number of children that are being negatively affected by the environment the state is providing.  Psychological and mental health issues among children are rising steadily and the State sponsored education system has a direct part to play in this rise.

This point was obviously of no interest to the makers of this documentary.

The second implication in the conclusion drawn in this documentary was that ALL families who choose to home school their children do so in a "rules-free household".  There was no evidence presented to support this utterly absurd and misleading assertion.  The prime reason for that of course is that there is no evidence, because it is totally false.

There was a distinct negative tone throughout this documentary and some potential relevant information was conveniently omitted.  Once such piece of information was the fact that, in withdrawing their children from school the parents were taking over the educational responsibilities for their children in their entirety.  This includes financially.  All of the financial burdens associated with the education of a child now fall directly on the parents shoulders.  Personally, I would have thought that, given the current climate of under-funding of State schools, this marginal easing of that budgetary burden would have been worth a mention.  Of course that would have introduced an element of positivity into the documentary which the producers obviously could not allow.

Right from the choice of title, it was clear that this documentary had one over-riding goal which was to paint families that home school their children in as unsavoury a light as possible while simultaneously branding them en-masse as "FERAL"

Speaking as a former Bachelors student of Psychology, a former Director of a Bi-Lingual Children's school and as a parent who has just removed their own son from school in order to home school them (also due to the repeated failings of the state sponsored system to support my son) I feel comfortable stating categorically that none of the behaviours displayed by either parents or children in that documentary could in any way be interpreted as "Feral".  Without exception we were presented with intelligent, erudite individuals who had a clear sense of self and their place.  The parents were all working adults and the children always seemed happy, well-cared for and well-mannered.

The term FERAL was a piece of sensationalist nonsense that had no business being associated with this subject matter.

In summation I can only say that what I saw was a poorly conceived piece of propaganda specifically designed to polarise public opinion against a group of people who are doing nothing more than extending their right to ensure the best provisions are made for their children and their families.

While we may not necessarily agree with the choices these three families have made thus far, we have absolutely no right to pre-judge them based on this carefully edited "snap-shot" of their lives, and we certainly have no right to label them in such a derogatory and potentially discriminatory fashion.

Shame on you Channel 4 for allowing such a poor piece of work to be shown on your channel.

It's been a while since I posted anything here, but, as usual, that just means that I have been beavering away in the background.

So, let's start with an up-date on reviews.  "The Unwilling Recruit" is still collecting positive reviews so I thought it would be nice to thank those responsible and to show you all what is being said. 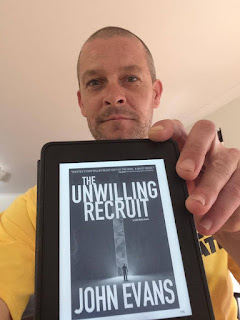 The first review comes all the way from Australia.

"A great novel.  Good to see depth of characters that are easily visualised and a fast paced story.  Only wishing it was longer, looking forward to the follow up ... congratulations John.  If this is novel number one, you have great things to come.  Best of luck ..."

The second review comes from another UK based author who's book I will soon be reviewing.

"Loved the book...it left me with a whetted appetite.  A number of questions to be answered, just leave me wanting the next book AS SOON AS POSSIBLE."

Thanks very much guys for taking the time to share your opinions.

Now onto the next bit of news.  I will be taking part in a seven day Blog Tour with "The Unwilling Recruit" which will run from 9th - 16th November.  This is a new and exciting direction for me and it will be very interesting to see what various book bloggers and critics think of my little offering.

The tour has been organised by the wonderful Tami Adams through her company Magic of Books Promotions .   Thank you Tami for being so patient with me.

I will be posting up-dates and schedules on her as they become available so keep watching.  With luck it will be an interesting and fruitful end to 2017.

To purchase your copy of "The Unwilling Recruit"
CLICK HERE 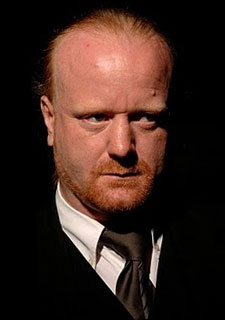 On A Prayer Productions 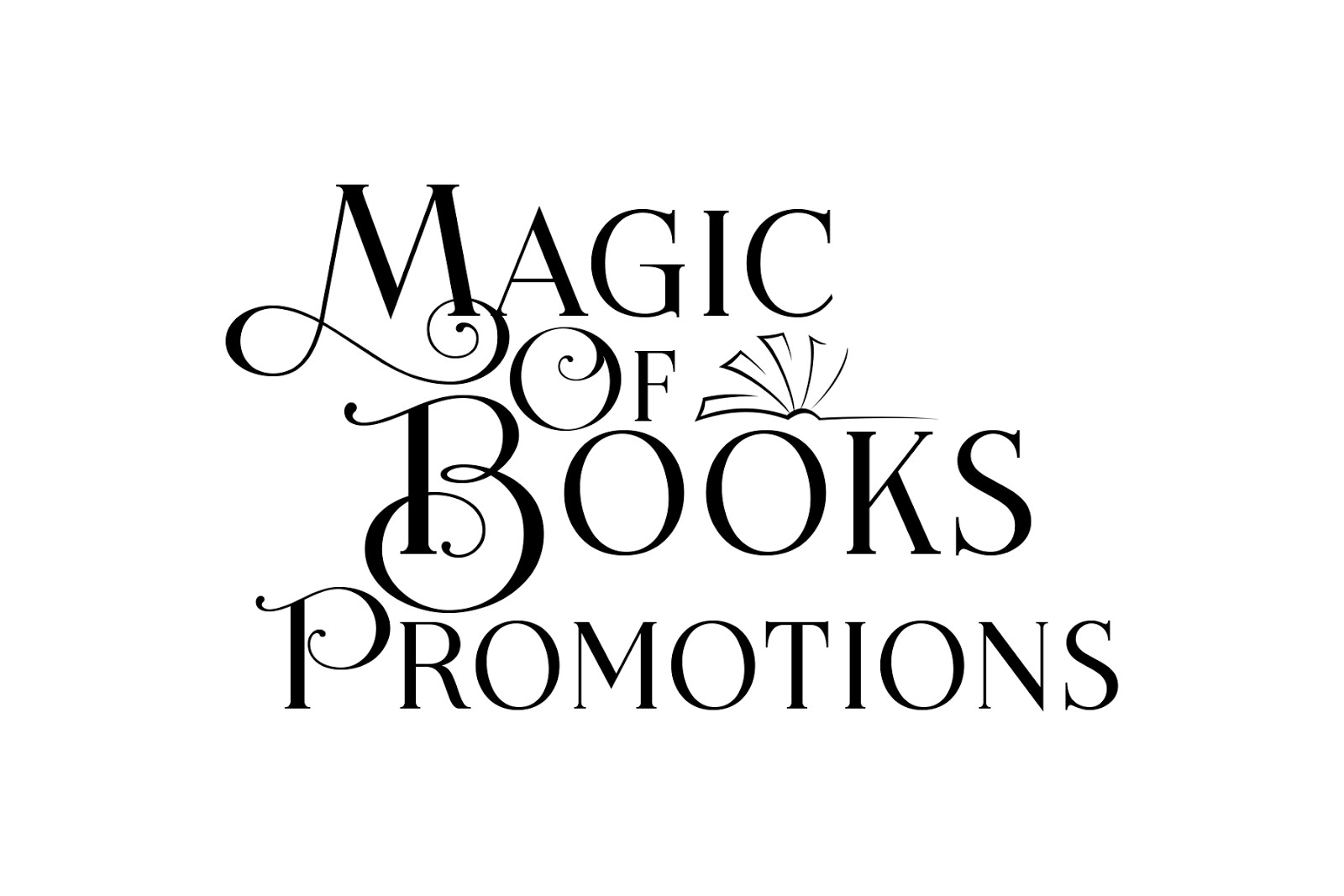 Great book promotions and Blog tours for the independent author